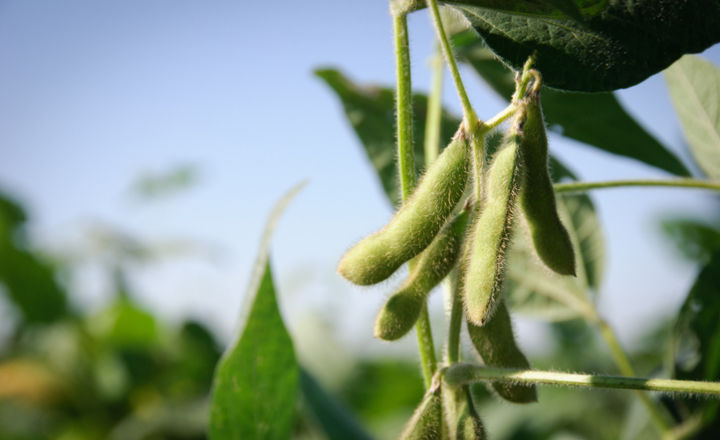 Tainted Plant
Some people find it hard to love soya. Although most of us consider a bottle of the fermented sauce a kitchen essential, public perceptions are so intertwined with GMOs, Brazilian rainforest clearance and the evils of global monocultures, that many consider it a culinary taboo.

But the reality of soya, especially when grown outside of tropical regions, is quite different. It is an extraordinarily bountiful and efficient plant, producing more protein per hectare than any other staple crop. In rotation with wheat, it fixes its own nitrogen, improving soil and requiring far fewer chemical inputs than commonly grown alternatives such as canola or corn.

And ask a chef or product developer about soya, and they will tell you that as a food stuff for humans it has extraordinary versatility, producing flours, fermented tofus and high-quality protein products capable of mimicking the texture of meat. That so much of the world’s crop is destined for livestock feed, is one of the most perverse quirks of our global food system.

Far from being a great evil, as a food for humans, soya is as close to a miracle plant as it is possible to be. Not only is it a nutritional powerhouse, it is easy to make delicious and almost every alternative requires more energy, more land and more chemistry to produce the same results.

The Slow Move North
Although not limited to the tropics, soya requires a long photo-period to flower, restricting its range. Until relatively recently, this has prevented the crop from growing the UK, but newly developed varieties have enabled soya to be cultivated successfully across large parts of Southern and Central England. Prices have also doubled over the past fifteen years, making soya a highly attractive option for farmers. From virtually nothing in 2012, over 5000 hectares of UK soya were grown in 2018, a figure that is increasing every year.

Almost all of the UK crop is currently delivered to one site, a mill in Royston that has been processing soy since the 1960s. Most of the beans coming into the plant are Canadian, but over the next few seasons, Soya UK hopes that enough will be grown locally to provide all the of the mill’s requirement.
At the plant, owned by bakery supplier AB Mauri, beans are slowly steam cooked, dried, then ground into flour, which finds its way in the the majority of UK bread production. Currently, all UK soya disappears into the supply chain, anonymously combined with Canadian beans. But working with Nottingham based consultancy New Food Innovation, AB Mauri have recently started to look beyond bread, creating a number of new products aimed at the plant-based foods market. Interest from manufacturers and retailers has been incredibly strong, with the first commercial plant-based products containing UK grown soya due to hit stores later this year.

Perhaps the greatest advantage of these new ingredients is that the soya in them will be 100% UK grown, allowing the sort of on pack provenance claims that are elusive in the plant-based market, currently dominated by US and Canadian protein isolates. UK soya is already an agricultural success story, but as it becomes visible to consumers, interest is likely to grow exponentially.

Thomas Jefferson once said that ‘the greatest service which can be rendered any country is to add a useful plant to its culture’, but perhaps this famous quote needs a slight revision. For although any new crop is a precious thing for farmers, much of our novel domestic agriculture is focused on the production of biofuel or animal feed, both of which raise questions about the effective use of agricultural land.

But introducing a new crop, then finding a way of turning it into delicious, healthy food that people will want to eat, is a rare thing indeed. It requires joined up thinking, genuine innovation and an awful lot of hard work. But if we are serious about creating a better food future, it is the sort of thing we are going to have to do a lot more of. 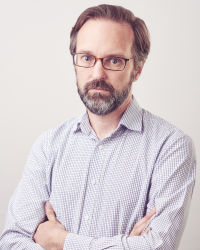 Anthony Warner is a professional chef, blogger and author of The Angry Chef, a Guardian Best Food Book of the Year and winner in the Health and Lifestyle category at the inaugural Hearst Big Book Awards. He writes about food and science for a number of UK newspapers, regularly appears on BBC Radio 4, and was once asked on national radio if he would eat his own dog. He lives in Lincolnshire, blogs at angry-chef.com and you can follow him on Twitter @One_Angry_Chef. His latest book, ‘Ending Hunger - The Quest to Feed the World Without Destroying It’ is the third in the Angry Chef trilogy and was released in January 2021.