How Triton Is Using Non-GMO Breeding to Supercharge Microalgae 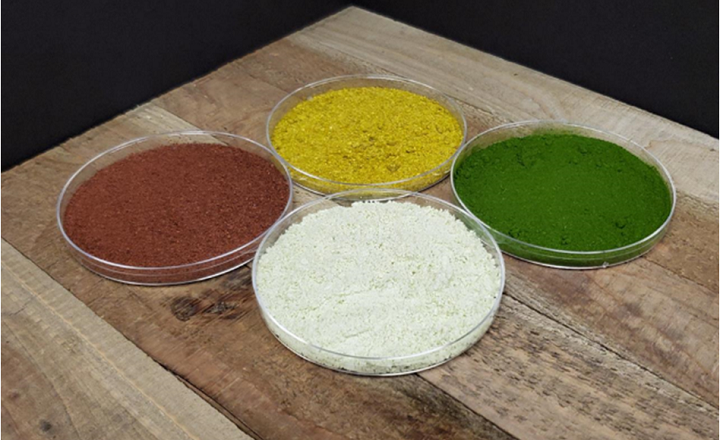 There are many different roads to producing alternative sustainable proteins. Take genetic engineering for example. While a handful of food-tech start-ups are using it to produce animal proteins from plants, a company like Triton Algae Innovations is using non-GMO breeding techniques to enhance the meat-like properties and other characteristics of microalgae, so they can be the best ingredient for meat analogues.

In this Q&A with newprotein, President and CEO Xun Wang explains why microalgae have great potential as an alternative protein source.

How does your breeding technique work? It all starts in the lab. We begin by utilizing a series of non-GMO cell evolution technologies that have been traditionally used in single cell organisms as well as in crop sciences. Then we select, optimize, and stabilize them to achieve the specific desired outcome. With algae, we’re able to develop new generations of a given strain in days. By contrast, traditional agriculture, which relies on many of these same methods and practices, may take years to see improvements with terrestrial plants such as corn and tomatoes.

What are the main challenges of using non-GMO technology?  We’ve been successfully using non-GMO technology to bring out hidden traits in organisms and develop very specific processes - some of which are proprietary – that give us a real competitive advantage. We actually see our technological capabilities more as an asset and an opportunity, and less as a challenge. That said, GMO technology may be more advantageous in a situation where there’s the need to introduce traits in an organism that lacks the specific genes required.

Non-GMO food products are more aligned with consumers' expectations and less difficult to get approved by food safety authorities. What other advantages do they have? From a technology development standpoint, non-GMO technology can advance a trait faster than GMO technology if the trait is easy to detect, such as color, or a specific group of biomolecules. Also, non-GMO technology can advance multiple traits in fewer processes, whereas GMO technology typically works with one trait at a time. From a regulatory standpoint, it’s important to highlight the degree of rigor required to achieve GRAS (Generally Recognized As Safe for human consumption) status of a non-GMO ingredient such as Triton’s algae. This is critical not just to ensure safety for consumers, but also to inform and educate the public about the mechanisms in place to protect them.

Through your breeding technique, you're able to produce microalgae that are rich in heme and other meat-like compounds. What other characteristics are you able to influence? There is a very broad choice of characteristics we are able to influence. This is the beauty and advantage of Triton’s non-GMO strain evolution technology. This depends also on what specifics a potential commercial collaborator is looking for in a finished product. One of the advantages is the ability to enhance aspects such as nutrition, taste, mouthfeel and color. At Triton, we have successfully improved the protein content and flavor profile of our green and white color algae, and dramatically increased another group of biomolecules that impart meat-like properties.

Do you agree that, as an alternative source of protein, microalgae don't generate the same buzz as plant-based or cultivated meat? I actually disagree with that. But even if that were or had been the case, I’d argue that that perception is rapidly evolving. Currently, plant-based meats and fish or seafood products have been largely reliant on a relatively small handful of seed-based plant proteins, which pose their own challenges regarding sustainability, allergenicity, lack of essential amino acids, and organoleptic issues. Increasingly, you’re seeing companies trying to move beyond those “legacy” proteins. Single cell species such as Triton’s microalgae are increasingly a part of that conversation. The proof is in the number of food companies talking with us about potential commercial collaborations.

You recently launched a co-branding partnership with Tofurky. Do you have any similar initiatives planned in Europe? In Europe there is a robust and growing consumer base that is very interested in sustainability and the origin of food. We believe this gives our production platform a clear advantage and makes Europe a very attractive market for our non-GMO algae-based ingredients. We're having conversations with several companies about expanding our potential collaborations in these markets. I’m very excited to see what the next couple of years might bring!

To learn more about Triton Algae Innovations, visit their website tritonai.com or get in touch with them clicking on the button below.