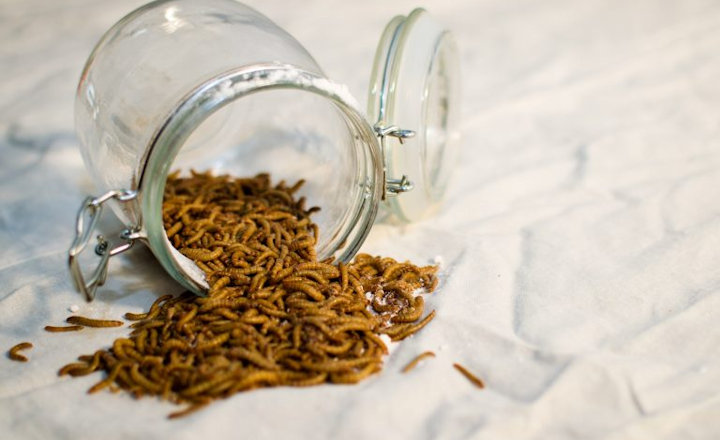 Scientists from the University of Granada and the Salamanca-based company Tebrio have used the insect Tenebrio molitor, more commonly known as the mealworm, as a source of antidiabetic peptides.

Scientists from the Bioreactors Research Group (BIO-110) of the University of Granada (UGR) have demonstrated that a natural treatment based on flour made from the mealworm can help prevent Type II diabetes mellitus.

The researchers successfully obtained and identified peptides (molecules comprising one or more amino acids linked by chemical bonds) that can exert a preventive effect against diabetes from the protein fraction of the insect.

The substrate used was flour from the insect, which was donated by the Salamanca-based company Tebrio, a pioneering company in the breeding of insects on an industrial scale in Europe.

Insect production is more sustainable and economical than other means of obtaining protein sources, and the nutritional value of this source is of interest for its use in human foodstuffs.

Type II diabetes mellitus is one of the most prevalent diseases today, with more than 400 million people affected. The World Health Organization estimates that it was the seventh most-prevalent cause of death in 2016 and that 700 million people may be affected by this disease by 2045.

The solutions currently applied in its treatment are insulin injections or the oral administration of various drugs that inhibit enzymes such as DPP-IV or glucosidase or hormone analogues involved in the restoration of insulin activity—a defining characteristic of this disease. However, these options often produce unwanted side effects in humans.

The potential use of peptides derived from dietary proteins with the ability to inhibit these enzymes, thereby generating an antidiabetic effect in the patient, is now being actively investigated.

Its advantage over current treatments is the absence of side effects and the relative ease with which these peptides can be obtained using natural protein resources. There are in vivo studies with milk and marine proteins, for example, that show them to be a feasible alternative for use as active ingredients in functional food.

The study carried out at the UGR focused on obtaining peptides with an antidiabetic capacity and involved optimizing the release of peptides contained in the protein of Tenebrio molitor employing enzymatic processes.

The scientists successfully obtained insect protein hydrolysates with bioactivity values comparable to traditional sources, pointing to the possibility of encouraging the production of this type of product from this sustainable protein source.

The use of insects in functional food is—and will continue to be—a highly relevant research topic as it offers a potential solution to various challenges that we currently face in society, conclude the UGR researchers.