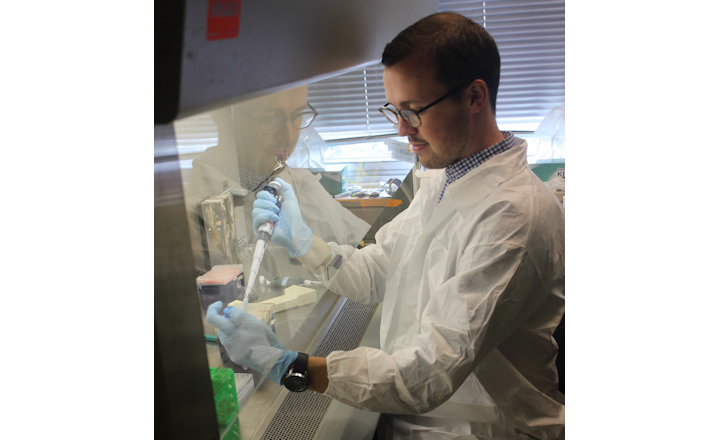 A group of researchers at Tufts University have genetically engineered cow muscle cells to produce plant nutrients not natively found in beef cells.

In doing so, they demonstrated that cell-cultured meat might be able to surpass the nutritional profile of conventionally farmed meat.

"Cows don't have any of the genes for producing beta carotene. We engineered cow muscle cells to produce this and other phytonutrients, which in turn allows us to impart those nutritional benefits directly onto a cultured meat product in a way that is likely infeasible through animal transgenics and conventional meat production."

These findings, published in the journal Metabolic Engineering, are proof of principle for using genetic engineering and cellular agriculture to create novel foods.

One such feature is carcinogenicity, or rather, the lack thereof.

"We saw a reduction in lipid oxidation levels when we cooked a small pellet of these cells when they were expressing and producing this beta carotene," said Stout. "Because that lipid oxidation is one of the key mechanistic proposals for red and processed meats' link to diseases such as colorectal cancer, I think that there is a pretty compelling argument to be made that this could potentially reduce that risk."

Nutritionally enhancing cultured meat products might give the burgeoning cellular agriculture industry the leg up it needs to compete with conventional meat. Although cultured meat producers have exponentially lowered the cost of production over the last few years, the technology faces an uphill battle in competing with a heavily subsidized status quo.

"It will likely be challenging for cultured meat to be competitively priced with factory-farmed meat right out of the gate. A value-added product which provides consumers with added health benefits may make them more willing to pay for a cultured meat product."