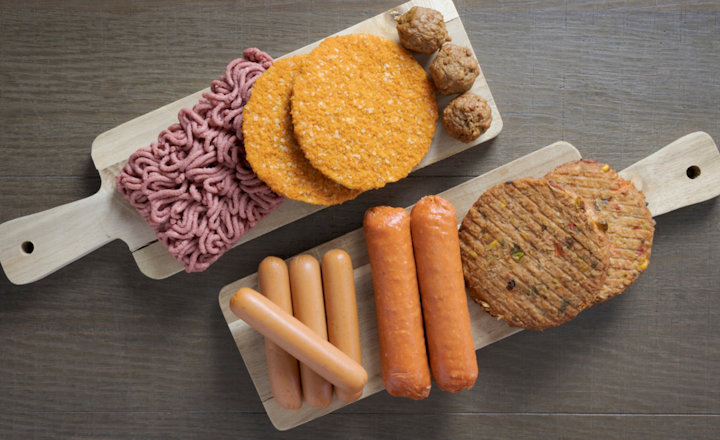 A new research report1 launched today by safefood has found that one in four (25%) processed vegetarian meat-substitute products like vegetable burgers, sausages, and mince are not a source of or high in protein.

The research also found that among those who purchase these products, one in three (34%) did so because they perceived them to be ‘healthy/better for you.’

The safefood research looked at the nutritional content of 354 plant-based meat-substitute products on sale in supermarkets across the island of Ireland.

These products included plant-based alternatives such as mince, burgers, and sausages, which are positioned in a category of foods that provide protein, such as meat, poultry, eggs, fish, nuts, and beans.

According to industry reports2, vegan is the third fastest-growing on-pack claim for food & drink launches globally over the last five years, with sales in the UK of meat-free foods forecasted to be in excess of €1 billion by 2024.

“Judging by the number of plant-based meat substitute products now available, there’s clearly a market for these as alternatives to meats, such as beef or chicken. From meat-substitute burgers to sausages and mince, these are now popular choices for many people who want an alternative source of protein in their diet or want to eat them for ethical or environmental reasons. However, one in four of the products we surveyed was not an adequate source of protein. When we asked people about these products, a third of people thought they were healthy or better for them. However, many of these plant-based products are simply highly processed foods – if you think about it, eating a sausage roll, whether that’s plant-based or meat, is still a sausage roll.”

“There are some positives to these products; some are lower in fat and saturated fat than their meat equivalents while others are a source of fiber. But, if people are considering these as a protein replacement, I would encourage them to check the label. As more people are increasingly choosing a plant-based meat substitute in their diet, we want to understand the reasons for this and the nutritional content of these products,” continued Dr. Conlon.

A total of 354 plant-based meat alternative products across 12 product categories (e.g., mince, burgers, steaks, etc.) were surveyed between April and May 2020. Supermarkets included in the survey were Tesco (ROI and NI), Super Valu, Sainsburys, and Asda. As the survey was conducted during the Covid-19 pandemic, only retailers offering online shopping at the time were selected.

The meat alternative products were analyzed by examining their nutritional labels and any health claims made on-pack. Any front-of-pack traffic light labeling was used to classify products as low, medium, or high in total fat, saturated fat, sugars, and salt. The nutritional composition of the foods was then compared with their meat-version on Nutritics.com, a nutrition analysis software package used to simplify nutrition labelling and food analysis.

1. “Vegetarian meat substitutes; Products available in supermarkets on the island of Ireland and consumer behaviours and perceptions”; safefood; 2021.