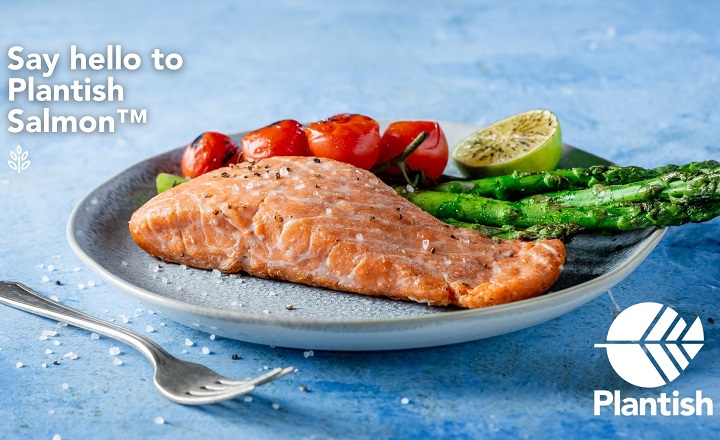 Less than a year after its founding, Israeli foodtech start-up Plantish has developed a prototype for Plantish Salmon™,  a 100% plant-based whole-cut salmon fillet, which mimics cooked salmon in texture, taste, appearance, and structure. The company is also working on a patent-pending additive manufacturing technology that will produce plant-based fish alternatives at low-cost and high-scale.

Plantish Salmon is a fully structured, boneless salmon fillet with the same nutritional value as conventional salmon, as it’s high in protein, Omega-3s, Omega-6s, and B vitamins. However, unlike fish from the ocean or aquaculture, it is free of mercury, antibiotics, hormones, microplastics, and toxins. Plantish Salmon™ will be available in selected pop-up locations by the end of 2022. Its official launch is slated for 2024.

Plantish joined the alternative protein start-up scene in early 2021 and soon after raised a pre-seed round of $2 million from TechAviv Founder Partners, a venture fund backed by top industry veterans.

"We exist to save the oceans and eliminate the need to consume marine animals by providing more sustainable, more nutritious, and more delicious fish options,” says Plantish co-Founder and CEO Ofek Ron. “Our vision is to be the world's leading seafood brand," says Ron, "all without hurting a single fish.”

According to leading market research firm IMARC Group, the seafood market today is worth $586 billion, and globally salmon accounts for $50 billion. While approximately 80% of fish is consumed in the form of whole fish or fillets, alternative seafood on the market primarily consists of minced fish options, due to the complexities of creating whole-cut plant-based fish. The challenge is not recreating taste, texture, and mouthfeel, but also to ensure two important aspects for commercial success: structure and scalability.

Plantish was able to capture the experience of eating salmon by using the right plant proteins with fibrous strands that replicate the complex texture of animal muscle. Plantish Salmon™ can be prepared in the same ways as conventional salmon. Once the product is available at scale, it will be a suitable substitute for foodservice, restaurants, and retail.