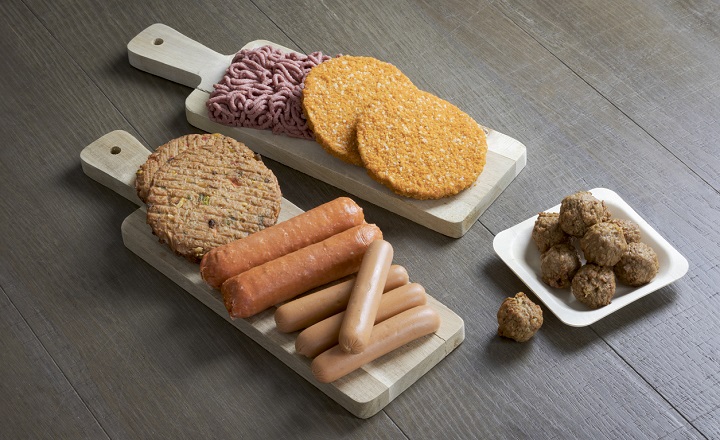 A lot more is happening in the alt protein space, though. Here are five more partnerships you should know about.

Eat Just and Doha Venture Capital
After Singapore, Eat Just is planning to use Qatar as a springboard to bring GOOD Meat, its cultivated meat brand, to the Middle-East and North Africa markets. The San Francisco start-up signed a partnership with the Qatar Free Zones Authority and Doha Venture Capital, a VC funding firm backed by the Qatar government, to build a large-scale production plant.

Together with Israel and the US, Qatar is one of the three countries likely to approve cultivated meat very soon. As soon as approval is granted, Eat Just will likely partner with local restaurants to offer its cultivated chicken to diners.

Ginko Bioworks and Givaudan
Ginko developed  a cell programming platform to engineer all sorts of products: vaccines and antibiotics, but also food and ingredients. With this partnership, Givaudan, an ingredients and flavour global company, will leverage Ginkgo’s technology to produce innovative and sustainable ingredients through fermentation. According to Ginko’s CEO Jason Kelly, the company can help Givaudan “transform even the rarest and most complex nature-inspired ingredients into more sustainable products for consumers.”

TurtleTree and Solar Biotech
TurtleTree Labs is a cell-based dairy producer. Recently the company announced that it’s about to launch its first human lactoferrin product as a supplement for human and infant nutrition. Solar Biotech develops customised modular plant architectures for any specific bioproduct, to help food tech companies scale up. Its technology runs on 100% solar energy.

The two companies partnered to solve one of the biggest bottlenecks for cell-based agriculture start-ups: scaling up production. “Our teams can focus on lab-scale R&D and go-to-market as we look to play a major role in the sustainable food supply chain, while Solar Biotech delivers the bioprocessing technologies required for production at scale," says Max Rye, co-founder and chief strategist of TurtleTree.

Bühler and DIL
We already talked about the partnership between the Swiss plant equipment manufacturer Bühler and the Deutsches Institut für Lebensmitteltechnik (German Institute of Food Technologies) at the beginning of this year. The first important milestone of this collaboration is the recent inauguration of the Technology Center Proteins of the Future in Quakenbrück, Germany. The centre will provides research, testing,  and production infrastructure for the development of extruded meat substitutes.

"The centre is fully operational and ready to receive requests from customers. It will assist our customers in the food industry to fully realize the potential of new plant-based proteins and develop new healthy and environmentally friendly food products for a growing market,” said Johannes Wick, CEO of Bühler Group’s Grains and Food unit.