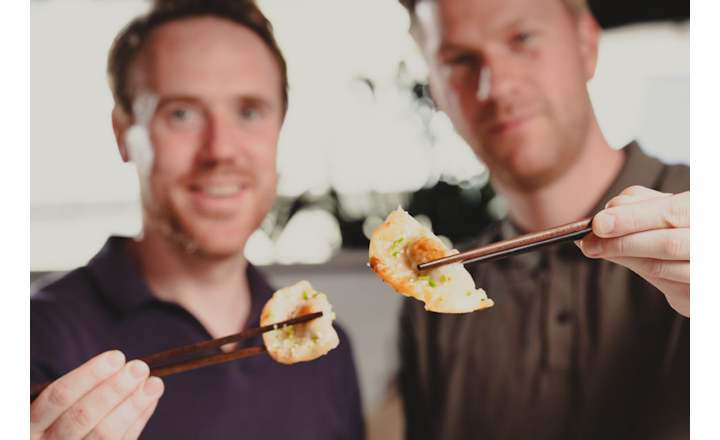 Meatable is partnering with ESCO Aster, the first and only commercially licensed cultivated meat manufacturer, as part of its first international expansion to Singapore. The partnership will see the two companies collaborate to produce cultivated pork, with the aim of having products ready for launch in selected restaurants in 2024. This marks the next step in Meatable’s mission to create meat that serves the planet’s growing appetite without harming people, animals, or the environment.

Meatable was founded in the Netherlands in 2018 with the aim to produce cultivated meat that looks like, tastes like, and has the nutritional profile of traditional meat, to serve the planet’s growing appetite for meat without harming people, animals, or the environment. The company is currently focusing on developing cultivated pork, including sausages and dumplings, to make cultivated meat more accessible to the wider public.

Meatable is partnering with ESCO Aster in Singapore to enable it to bring its first products to market, most likely starting with cultivated pork dumplings and sausages. Meatable chose the Southeast Asian country for its first international expansion as it is a leading food and agritech hub. Singapore was the first country to approve cultivated meat in 2020 with ESCO Aster facility, as part of its 30 by 30 strategy. Singapore aims to build up its agri-food industry’s capability and capacity by producing 30% of its nutritional needs locally and sustainably by 2030. Currently, the country imports 90% of its food, with each citizen consuming an average of 62kg of meat per person annually. In 2020 alone, over 123,000 metric tonnes of pork were consumed in Singapore.

ESCO Aster was founded in Singapore in 2017 and is currently the first and only production facility worldwide to obtain regulatory approval to produce cultivated meat products in Singapore. Its first-in-class cultivated meat production facility, combined with industry-leading scientists and food safety specialists, enables the acceleration of proof-of-concept to market.

Together, the two companies will produce cultivated pork on a small scale by 2024 for restaurants with the aim to have products on sale in supermarkets by 2025, with ESCO Aster enabling Meatable in developing, upscaling, and realising its first consumer products. It helps that both companies are aligned on the mission to have a positive impact on the global meat industry, starting in Singapore but with plans to expand across the world as and when legislation for this nascent sector develops.

To address the Singaporean consumer, Meatable is working on the development of several pork products, including cultivated pork dumplings, a world-first for the cultivated meat industry. The global dumpling market is poised to grow by $4.01bn between 2021 and 2025. To serve this demand, Meatable is working closely with Singaporean chefs to develop great-tasting bespoke pork specifically for the Asian market. The team has taken huge steps in the last few months to create cultivated meat products that have the same structure, texture, juiciness, and pronounced pork flavour that customers know and love.

The aim is that Meatable’s dumplings, and other cultivated pork products, including sausages and mince, will be the perfect choice for local partners in Singapore and the wider Asian market who are looking to diversify their consumer offerings with a tasty, healthy, cultivated meat which is produced locally while staying true to the local cuisine.

Meatable’s proprietary opti-ox™ technology will revolutionise how cultivated meat is produced in what is predicted to become a $25 billion industry by 2030. The company only needs one single cell sample, taken harmlessly from an animal, to replicate the natural growth of muscle and fat to create real meat, in what Meatable believes to be the fastest process in the field, to grow the pork needed for its sausages and dumplings. Meatable’s technology enables it to create cultivated meat without the need for FBS (foetal bovine serum), whilst at the same time using only a fraction of the resources from energy to water.

In the meantime, Meatable is going to work closely with Singaporean food regulators to ensure its pork dumplings meet regulatory requirements as it gears up for production. As well, the wider team will continue to develop and optimize its dumplings and sausages to ensure the final products offer the right tastes and characteristics of traditional meat and satisfy the world’s growing demand for meat that doesn’t cause harm.

Krijn de Nood, co-founder and CEO of Meatable “At Meatable we strongly believe that cultivated meat is the future of food in order to produce meat sustainably and as local as possible. To do that, it’s imperative that we provide a wide variety of products to cater to all cuisines worldwide. Given Singapore’s status as a pioneer of cultivated meat, we’re delighted to be partnering with ESCO Aster to begin production of our cultivated pork products with the aim to launch in restaurants in 2024. Our team has been working closely with the country’s butchers and chefs to develop the perfect cultivated pork dumplings, and it was incredible to recently taste the dumplings and know that we have created something indistinguishable from traditional meat – because it is real meat. Along with our sausages, we have made great strides in recent months to create products that will satisfy the world’s appetites without harming the planet or animals in the process.”

Xiangliang Lin, CEO at ESCO Aster “Meatable, has emerged as one of the world’s leading companies in developing cultivated meat. We’re delighted to be partnering with them to facilitate their launch in Singapore and to enable the business to start producing cultivated pork for customers. With our scientific expertise, operational know-how, and enabling technologies, we believe that we can help companies reach their milestones and advance to the next step of cultivated meat production with market approval at scale. We’re excited about the potential for cultivated meat to transform how we feed the world, and we’re looking to expand our facilities within and outside of Singapore to enable more companies like Meatable across this space.”

Hans Huistra, COO of Meatable “We’re excited to work closely with ESCO Aster and the Singaporean regulators as we gear up to launch our first products for restaurant launch in 2024.”

Find out more or contact the supplier for details using the green "Request Information" button below.