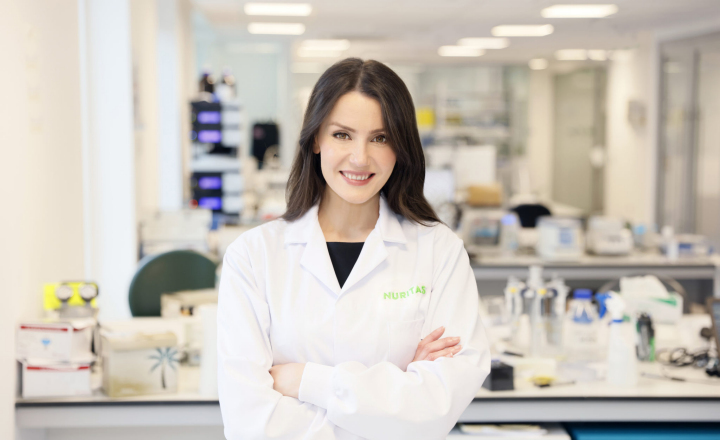 Nuritas, a company that has used AI to revolutionize the discovery of untapped, natural, bioactive peptides, has announced it will build its North American headquarters in Connecticut, near Yale University.

Founder and CEO, Dr. Nora Khaldi, will relocate to the US to lead the company through this new growth phase. This strategic expansion comes at a pivotal time for the company, following its $45 million Series B raise, led by Chicago-based Cleveland Avenue, LLC, and ahead of the launch of key products in its pipeline. The company, which has pioneered the discovery, clinical development and commercialization of patented plant-based bioactive peptides, will hire leadership positions in the coming months for the new office, in areas including business development, marketing, regulatory and science.

“From our inception, Nuritas has been well known for our stellar team of biologists, chemists, AI engineers and data scientists, who are responsible for discovering nearly six million peptides, collaborating with some of the largest food and science companies in the world and helping to launch three proprietary ingredients directly to consumers,” said Dr. Khaldi. “We are incredibly excited to expand our US team with the kind of commercial and scientific talent and resources available in Connecticut and nearby Boston and New York.”

Nuritas has built the world’s largest peptide knowledge base using its proprietary AI and genomics platform Nπϕ™ (Nuritas Peptide Finder). The platform rapidly analyzes billions of hidden and untapped peptides in plants and natural food sources to predict and identify how they impact specific health areas, molecular pathways or receptors. These peptides are then validated in the lab and clinically tested, then scaled and patented before Nuritas takes them to market. Nuritas branded molecules can be integrated into consumer products for topical or oral use. The Nuritas platform has been shown to identify and develop new bioactives 10 times faster and with much greater accuracy than traditional discovery methods.  Nuritas has proven its AI platform, from discovery of new ingredients to demonstrating their scientific efficacy including in human clinical trials and all the way to production and commercialisation.

Nuritas is the innovation partner for many US companies with a mission to help them develop greener and safer products that bring natural efficacy to a new level. The company has partnered with leading food and pharma companies including Nestle, Mars, Sumitomo Corporation and Pharmavite.

To find out more about Nuritas Peptides for integrating into consumer products visit www.nuritas.com