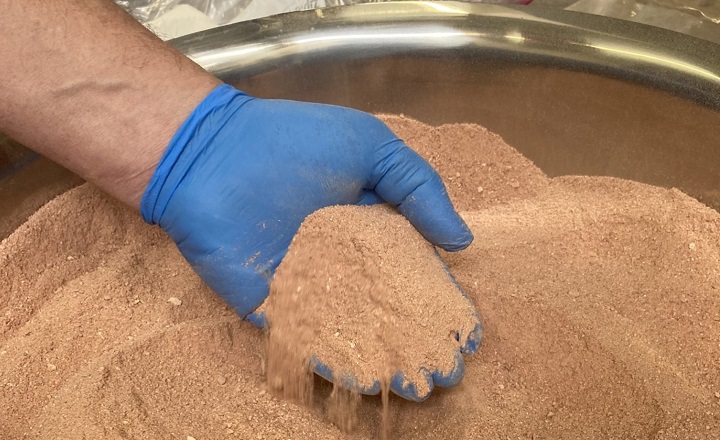 Becoming "one of the world's biggest suppliers of innovative protein ingredients by 2030" is a quite bold statement for a food-tech start-up that did its first demo day in November 2018. But that's exactly the goal of NovoNutrients, as described by Eric Ng, CEO of Happiness Capital.

The Hong Kong-based venture capital led a $4.7 million funding round that will allow NovoNutrients to complete its industrial pilot program. Happiness Capital also invested in Beyond Meat, Redefine Meat, and Ÿnsect. NovoNutrients' technology, however, is in a quite different area of the alternative protein space.

As explained in the press release announcing the funding round, NovoNutrients uses a fermentation technology that is akin to the one for wine or beer. Instead of wheat or grapes, however, the company uses naturally occurring microbes and feeds them with CO2 and hydrogen, to produce a variety of protein flours for food and feed. The final product is a highly nutritious animal-free protein with amino-acid profiles that are superior to those from soy.

"Our progress," says NovoNutrients' CEO, David Tze, "stands on the shoulders of three generations of fermentation pioneers that were mainly in biofuels. Now, we believe we have found the path to high-value products and affordable industrial scale, by using greenhouse gases instead of corn."

NovoNutrients will use the project funding to co-locate its bioreactors and systems at industrial sites that produce high levels of the greenhouse gas CO2, such as oil, gas, or cement plants and capture their emissions. "By building NovoNutrients facilities at commercial scale, we will be able to work with new partners. We could enter joint ventures or license the technology, which we've already done. That allows us to scale without making heavy capital investments," explains Kumiko Yoshinari, VP of Strategic Partnerships.

"Our current pilot project is centered around a 1,000-liter bioreactor. Shortly thereafter, we will set up a 20,000-liter industrial demo," says NovoNutrients' CEO, David Tze.

NovoNutrients' long-term strategy is not limited to food and feed. "Beyond nutrition, we expect its platform to make other biobased chemicals and materials. Its tech is exceedingly cost effective and promising for addressing increasing global demand and greenhouse gas emissions," says Ng.

NovoNutrients previously raised $4.3 million in venture backing and multiple non-equity funding. With the recent round, the start-up is well-positioned to raise a series A round later this year.

To find out more about NovoNutrients visit their website: novonutrients.com

Or click on the button below to request more informaition.