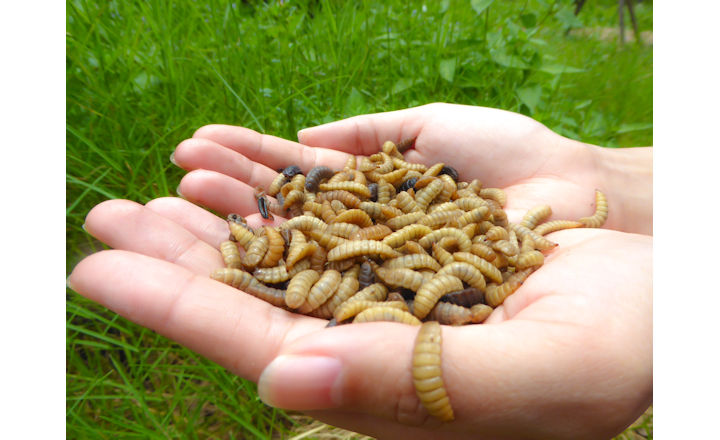 Since 2014, Nutrition Technologies has been using black soldier flies (Hermetia illucens) to turn low-grade food waste and organic by-products into proteins and oils as a sustainable alternative to fishmeal, a commonly used ingredient in animal feed. Their new factory was commissioned in December 2020 and is now scaling-up its production.

“When fully operational, our new plant will produce 16,000 tonnes of insect products per year, [12,000t of insect frass, 3000t of insect meal and 1000t of insect oils]. This will divert 80,000 tonnes of waste per year from landfills and save tens of thousands of pelagic fish in the oceans by providing a substitute for fishmeal."

In recent years, the global fishmeal supply has stagnated. This, combined with rising demand for livestock and seafood, has left the animal feed industry facing a significant deficit in high-grade proteins.

The insect protein sector has gathered increasing attention over the past few years. The sector has seen investments totalling nearly US$1bn to date.

Last year it is estimated that only 10,000t of insect meal was produced by all companies across the world. However, this is expected to increase over the coming years as more factories start to come online.

Nutrition Technologies’ new plant is a result of five years of R&D and technology development. Their vertical insect production system is optimized for the tropical conditions in Southeast Asia and uses bespoke automated equipment and Industry 4.0 principles to ensure strict biosafety and high-quality standards. As a zero-waste facility, Nutrition Technologies is aiming for the facility to be carbon negative at full capacity.

"Our clients are looking for natural ways to reduce antibiotics and efficiently promote animal health. The Black Soldier Fly Larvae's unique fatty acid profile and bioactive compounds, such as antimicrobial peptides, have a key role to play in addressing these issues.”

On 26th February 2021, Nutrition Technologies closed a recent funding round of US$ 5m, led by Hera Capital and supported by existing investors, Openspace Ventures and SEEDS Capital (the investment arm of Enterprise Singapore).

This will be used to fund new R&D projects as well as used to prepare the company for entry into new markets in Southeast Asia.

They are looking to expand production in Malaysia whilst also establishing new industrial-scale plants in Thailand, Vietnam and Indonesia.

As the company will continue to focus on research and development, an R&D center will be established in Singapore as an anchor for the company to lead innovation and connect with industry partners and investors.

This expansion will boost Nutrition Technologies’ positive environmental impact through upcycling more than 500,000 tonnes of waste a year, significantly contributing to improved ocean health and providing more than 600 jobs in low-income areas across the region.

“We aim to be a global leader in the insect space. Over the next 10 years, we plan to build a large network of insect farms across the region, supplying a new high-quality insect meal to support the growth of aquaculture and livestock production in Asia.”