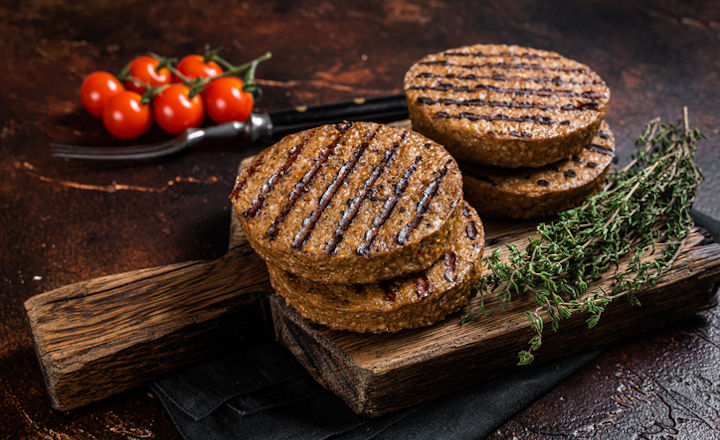 Paleo's animal-free heme platform is the most advanced on the market today and will be available for manufacturers shortly.

Bio-identical, animal-free, and GMO-free
Plant-based meat alternatives today are stuck in an "uncanny valley" of tasting almost like meat but not quite. Consumers are interested in trying meat and fish alternatives but are not convinced by the taste.

Paleo offers a compelling answer to this challenge, with its portfolio of animal-free heme proteins that are bio-identical to beef, chicken, pork, lamb, tuna (and even mammoth).

Heme is important when it comes to resembling conventional meat products. Heme is responsible for the taste and colour of meat. Before cooking, heme will give meat alternatives a red colour that turns to brown during cooking. Heme also offers superior nutritional value. The iron in heme is easier for the human body to absorb than iron in vegetables.

Hermes Sanctorum, CEO: "When we set out to create the ultimate animal-free meat or fish experience, we quickly zeroed in on heme. Without exaggeration, we can say that we cracked the code of heme, allowing us to produce GMO-free heme that's bio-identical to the most popular meats and tuna - as well as mammoth."

Consumers will appreciate the superior taste, aroma, and nutritional value of meat and fish alternatives with Paleo heme, as well as the range of choices that the ingredients offer.

Choice is lacking in today's plant-based meat alternatives. With Paleo, consumers will be able to experience the difference between chicken nuggets and tuna sashimi.

Labelling is another advantage. Paleo's process allows food manufacturers to comply with GMO-free labelling in most markets. Paleo ingredients will live up to the standards of the most strictly regulated food markets in the world.

Market introduction by 2023
Meat or fish alternatives improved with Paleo heme can be introduced in the market in 2023.  Paleo will market the heme as a food ingredient to be used in plant-based meat and fish alternatives.

Paleo is preparing for market entry in the US, Canada, Europe, Latin America, and Asia. Strategic partnerships with Contract Manufacturers are in place to ramp up production.

Paleo estimates that the first meat and fish alternatives with Paleo ingredients can be served to consumers by 2023.

The technology of fermentation has been well known for centuries and is similar to beer brewing, which makes production highly scalable. The fact that Paleo heme is cleanly separated from the yeast cells makes the production process faster and also more sustainable.

Hermes Sanctorum: "If we want to meet the 2025 and 2030 forecasts for meat and fish substitutes, we need game-changing technology like Paleo’s. Current technologies just can't deliver on the projections of the market for 2030 or even 2050. With Paleo, a true flexitarian lifestyle does become possible."

Andy de Jong: "Paleo heme production is only the beginning. Using our technology, we can also create other ingredients that are essential to the meat or fish experience and mouth feel, like fats. We're very excited about the possibilities that our technology offers."

Paleo has raised 2.5M in seed funding to date and is now working with financial and strategic investors on a Series A round to bring its products to the market and broaden its portfolio of products.

Contact the supplier for more details using the green "Request Information" button below.