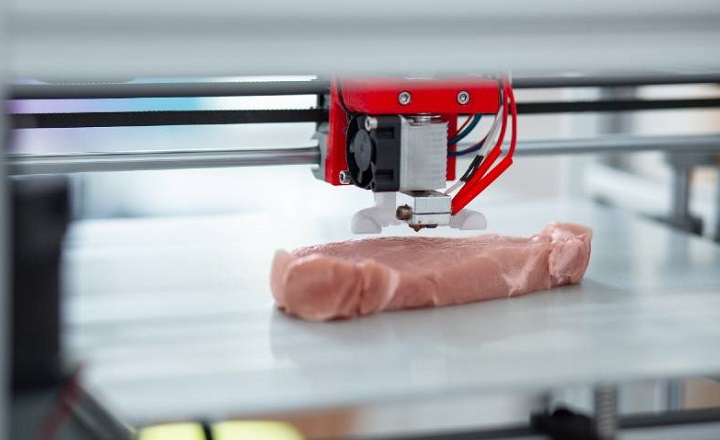 These plans are in line with three important milestones that MeaTech's achieved this year: the $18m acquisition of cultured fat B2B supplier Peace of Meat, the creation of a subsidiary in Europe, and the R&D activities on cultivated meat products.

What MeaTech 3D does
MeaTech process has 3D bioprinting at its center. The company collects cells from live animals, grows them and then differentiates between muscle and fat cells. These cell lines are used as bioinks for 3D printing, together with scaffolding materials. After the product is printed, it's incubated until it matures and forms tissue.

MeaTech applies this process to different animals (beef, chicken and pork) and product lines. The company can produce both whole and ready-to-eat cultivated meat products, or fat for hybrid plant-based products.

In March 2021, MeaTech became the first - and so far the only - cultured meat company to be publicly traded in the USA.

In the first half of this year, MeaTech increased more than double its R&D expenses compared to the same period of last year, going from $0.9 million to $2.1 million.

To learn more about the company visit their website: meatech3d.com

To request more information, click on the button below.