What’s in Store for Insect Food in Europe? 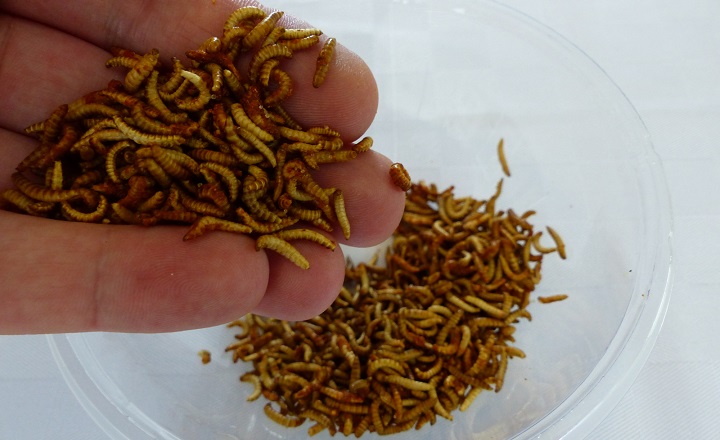 2021 was a memorable year for the insect industry in the EU. After a long review process, three species were finally approved as novel food and are now completely legal to sell: Tenebrio Molitor (mealworm), Acheta domesticus (house cricket), and Locusta Migratoria (grasshopper). On the feed side, the EU also authorised the use of insect protein as feed for poultry and pigs.

So what’s in store for the insect industry in 2022, now that major legal roadblocks have been removed? We asked Mantė Šidlauskaitė, founder and CEO of Cogastro, a Lithuania-based developer of management software for insect farms. As a company that works with farmers of all types of edible insects, Cogastro has a unique point of view on the industry.

What’s your opinion about last year’s developments for the insect industry?
2021 was an impressive year for the EU insect sector. Other than the novel food status for three species, there was an amendment to Regulation (EU) No 142/2011 including a definition for ‘frass’ derived from farmed insects. These tremendous results were not achieved overnight. And there will be more in the upcoming months.

What other important achievements do you expect in 2022?
Considering the series of policy initiatives under the Green Deal and Farm to Fork strategy, the focus on circularity in food production, and a growing number of scientific assessments about the benefits of insect-based food and non-food products, we expect to see even smoother authorization procedures and more harmonised regulations for more products and processing methods with and without data protection clauses.

Based on projections by Meticulous Research, in the next eight years, the insect-based food market will grow at least by 35% while feed production will grow by 50%. This, in turn will further drive the need for insect companies to scale, meeting organic standards and optimizing mass production techniques.

On top of the technology and scientific developments, we will see more research into consumer behaviors. A great number of studies have already been published, that bring interesting insights for further investigations. One of them is about the acceptance of insects feed and food among Dutch and German students.

Understanding the mindset of consumers and the social aspects of buying decisions will open the doors to faster acceptance.

Speaking of acceptance, what insect-based products should be launched first to win consumers’ resistance?
Based on different market research papers, we can see that the functional food market will continue to grow, creating opportunities for insect producers to offer nutrient-enriched products.

However, the biggest opportunities lie in applications with everyday food products, such as milk, patties, and flour. For example, soya milk became popular in Europe and North America in the second half of the 20th century, when new production techniques gave it a taste and consistency more closely resembling that of dairy milk.

Also, we already have insect-based brands that are making their way to the EU market. Two examples are Bugsolutely and YumBug, which offers packages with insect-based ingredients, whole insects, and recipes for insect-based dishes. Not to mention amazing non-food insect-based applications, like Point68 face oil.

Will we ever get to a point where, in the Western world, insects will be just another protein source like eggs, beef, and poultry? If so, when?
I agree that insects are not mainstream yet. However, according to a 2020 report by the International Platform of Insects for Food and Feed (IPIFF), by 2030, at least 390 million people in the EU will consume insect-based products in a wide range of shapes, formats, and applications. In Lithuania, you can easily buy insect products in large supermarkets or online.

To learn more about what Cogastro can do for your insect company, visit their website: cogastro.com