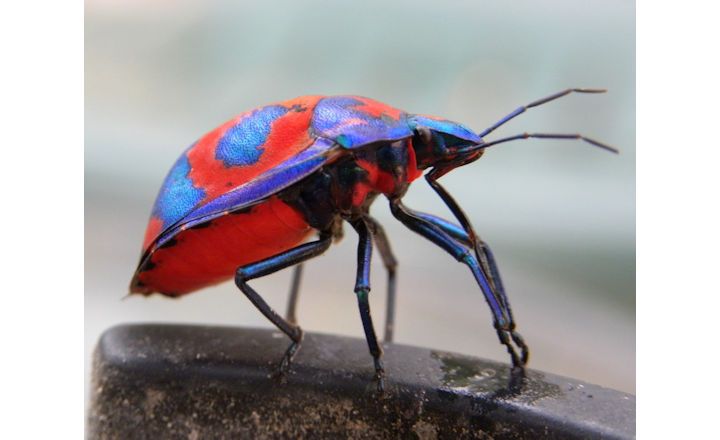 This communication is an important leap forward for European agriculture, supporting farmers and
the agri-food sectors in achieving at least 25% of the EU’s agricultural land under organic farming
by 2030 and a significant increase in organic aquaculture, in line with the ‘Farm to Fork’ strategy.

"The European insect sector is committed to supporting the growth of EU organic agriculture and
aquaculture which helps to reduce the environmental impact of our food systems" explained IPIFF
President, Mr. Antoine Hubert.

"A large part of the European insect farmers are inspired by organic principles. Thus, the
finalization of the organic certification standards for insect farming activities - a process that the
European Commission is committed to work on - will support the efforts of insect producers
towards sustainable agricultural practices across the European Union. Once in place, such tangible organic standards would allow insect food and feed producers to maximize their contribution to the objectives of this Action Plan," said IPIFF Vice President Ms. Adriana Casillas.

IPIFF welcomes the Commission’s aim to explore the use of feed based on insects as well as to
increase the supply of locally sourced feed proteins, as mentioned in the Organic Action Plan.

More specifically, the European insect sector could support the objectives of the Organic Action
Plan on improving animal nutrition or reinforcing organic aquaculture.

Insects are a natural source of nutrition for a wide range of species - such as fish, poultry, and swine. They can help to tackle certain deficiencies in animal nutrition (e.g., vitamin B12 shortage).

"Authorising the use of insects and their derived ingredients in organic animal nutrition may positively contribute to upscaling organic poultry and pig farming. The incorporation of such locally-produced feed materials in the diet of poultry and swine would support in-conversion and organic farmers to
reach the objective for regionally produced feed," declared Ms. Casillas.*

In parallel, our association recognizes that achieving the 25% target for organic agricultural land
depends on ensuring that soil health and fertility are preserved.

"EU organic standards for insect farming would contribute to unleashing the potential of insect frass as
fertilizing product, helping crop farmers across the continent in reducing the productivity gap on
organic agricultural land and improving competitiveness."

Our association considers that such measures - which aim at strengthening agricultural circularity - should be stimulated in the context of national Organic Action Plans.

"The initiatives presented in the Action Plan are very promising and will help Europe to build more
sustainable food chains. We would welcome it if the EU legislators continued to shape the
the regulatory landscape in a way that the European insect sector can fully contribute to this
objective: the European insect industry is not only keen on supporting the organic sector, but
strives to become an essential part of it", concluded IPIFF Secretary-General Mr. Christophe
Derrien.

*To that end, IPIFF supports the inclusion of insect-derived ingredients from non-organically
produced animals in organic poultry and swine feed of up to 5 %. More information on this subject is
presented in the IPIFF Regulatory Brochure (Chapter IV - Responding to the growing demand for EU
organic products).