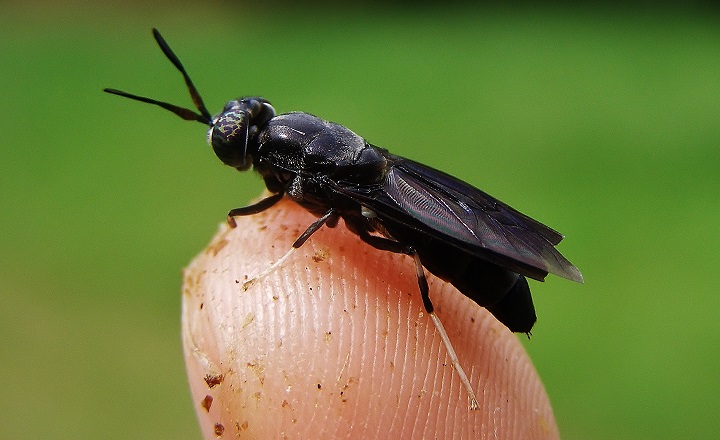 Farming insects for food and feed can solve two pressing issues at once: producing a more sustainable form of animal protein and recycling food waste.

The Canadian government recognised this important role of the food industry, by granting Enterra Feed Corporation, a producer of ingredients for feed, aquaculture and pet food from the black soldier fly, funding for 6m CAD (€3,87m USD4,7m) to build a full-scale commercial facility and improve production capacity.

Enterra was founded in 2007 and was the first insect company in Canada licensed to use and commercially produce insects for animal feed. Its dry larvae already received the approval from the Canadian Food Inspection Agency (CFIA) for use in feed for salmonids (salmon, trout, arctic char), tilapia and poultry and for use in salmonids in the US.

The funding was given under Canada’s AgriInnovate Programme, which provides repayable contributions for the development of projects that increase sector competitiveness and sustainability.

"Our government wants to reduce food waste and we are counting on our entrepreneurs to help us get there. It is an important way to reduce our greenhouse gas emissions while helping Canadian consumers save money. The Enterra model is very promising, and our investment will allow them to continue their launch,” said Canada’s Minister of Agriculture and Agri-Food Marie-Claude Bibeau.

"Our sustainable approach of using pre-consumer food waste and upcycling the nutrients allows valuable nutrients that are often left unutilized or underutilized to be captured. The resulting products are high-quality feed ingredients with unique beneficial properties that markets are demanding around the world. This work is revolutionary and now Enterra is a world leader in harnessing the power of insects to feed and care for the world,” said Keith Driver, Enterra’s President and CEO.