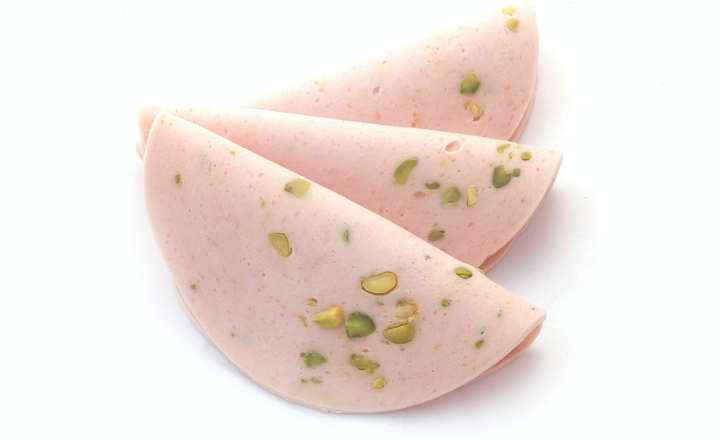 When we talk about hybrid products in the alt protein space, we usually means two things. They could be products whose ingredients come from two of the three alternative protein buckets. For example, a plant-based burger can include fat made with fermentation (like Meat&Marble does) or cultivated (like Cubiq Foods does), instead of being sourced from coconut oil.

But hybrids can also be meat or dairy products that are made more sustainable by partially replacing the animal protein with one from plants.

The latter type has the potential of appealing to both flexitarians and meat eaters in the current market. The problem is, when blended together, animal and plant-based ingredients won't necessarily produce meat-like taste and texture. And while flexitarians may be willing to accept a trade-off, meat eaters will more readily switch back to conventional meat, if the hybrid product provides a sub-par experience.

fiildMeat+
With fiildMeat+, producers can make a variety of meat preparations, such as patties, nuggets, bratwursts, and ground meat. Depending on the recipe, protein-rich legumes like lentils or chickpeas are used, along with vegetables with the right flavour profiles.

“Wherever possible we avoid ingredients with E-numbers in our stabilisers,” says Florian Bark, Product Manager at Planteneers. "In order to give manufacturers wide scope for adjustment, the components for flavour and colour are kept separate, while the stabilising systems consist of proteins and other plant-based components. The final products can be manufactured using normal equipment."

“The meat market is enormous, with a worldwide production of 333 million tonnes per year. Reducing the amount of meat in ready meals and meat preparations by half would have a great influence on the market,” says Bark. “Since the potential customers of these half & half products are mostly meat-eaters, this product range has tremendous sales potential.”

fiildDairy+
By blending fiildDairy+ with cow milk, dairy producers can reduce the amount of milk by 50%. For example, the final product might be a drink consisting of half milk and half oat drink.

“In the development of fiildDairy+, we paid special attention to the original flavour of milk products,” says Planteneers Product Manager Katharina Schäfer. "The new compounds form the basis for drinks, pudding, fermented milk products like yogurt, and cheese preparations. The final products can naturally be enriched with proteins, vitamins or minerals. In this way it’s possible to appeal to the steadily growing number of consumers who want to eat healthier.”

In spring this year, Planteneers had launched two products for the vegan market, called fiildTex and fiildFish, which mimic tuna and sushi-style raw fish respectively.

To get in touch with the company, click on the button below.