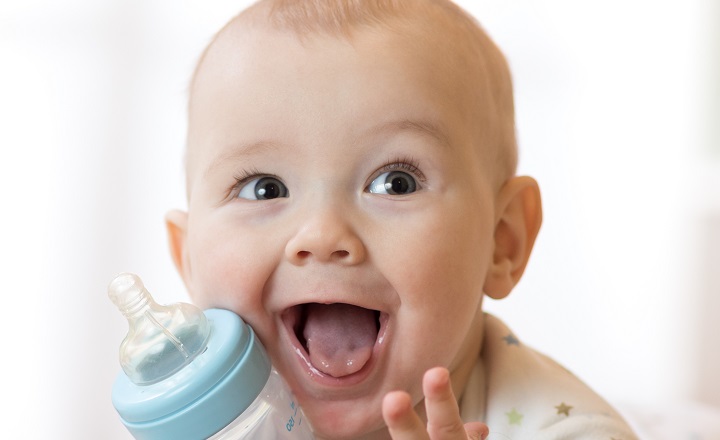 Lactoferrin is an essential protein found in cow's and breast milk. Its main function is to bind with iron and transport it through the body. It's linked to several physiological and protective functions, including anti-infective and anti-inflammatory activities. In fact, it's so crucial to the natural development of a newborn’s immune system, that it's found in high quantities in colostrum, the milk produced during the first days after delivery.

Lactoferrin from cows has been traditionally used to fortify specialised infant formulas. For a long time that was the ideal solution for formulators. Now, however, consumers are demanding formulas that closely replicate the composition of breast milk, which is considered of superior nutritional quality. Also, like all animal-based nutrients, sourcing lactoferrin from cows is not sustainable to feed a growing world population where anaemia is serious global public health problem. WHO estimates that 42% of children less than 5 years of age and 40% of pregnant women worldwide are anaemic.

To meet consumers’ demands and sustainability issues, Boston-biotech firm Conagen announced the discovery and development, via fermentation process, of a proprietary lactoferrin protein whose nutritional properties mirror those in breast milk. Producing lactoferrin from fermentation is not only more sustainable, but also more scalable and cost-effective, with clear benefits for formula manufacturers and also for pharmaceutical and adult dietary supplement applications.

“Nourishing the world’s children is a priority for infant formula manufacturers. We want to support them for providing a lactoferrin as similar to breast milk lactoferrin as possible with a low cost sourceable solution,” said Vice President of Research and Development, Casey Lippmeier. “The time has arrived to take a closer look at nutrition because it is such a critical part of our lives and the future of our children. Conagen is advancing in this space by developing functional and sustainable ingredients for improved human development and reduced environmental impact.”