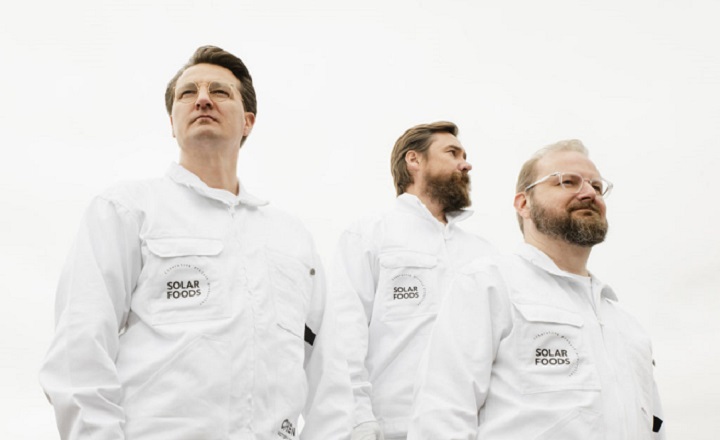 Fermented protein is getting ready for its commercial launch in 2023 in Europe, thanks to two new production plants by The Protein Brewery and Solar Foods.

After completing construction of its new headquarters in Breda at the beginning of 2022, The Dutch company will start building a large-scale plant of 1,500 m2 with a production capacity of thousands of tons per year for its Fermotein® fungi product.

This will be, in fact, the second facility for The Protein Brewery. In June this year, the company completed a pilot plant following a 22-million Series A raise. Its plan is to bring Fermotein® to market in late 2022.

“This is an important milestone for us,” says Wim de Laat, founder of The Protein Brewery. “The amount of Fermotein® we can produce in an hour equals the meat of 10 cows. On an annual basis, we're talking about approximately 80,000 cows that don’t need to be part of the food chain.”

“Fermotein® is a plant-based ingredient with an excellent nutritional value and a very sustainable profile,” he continues. “Our brewing process allows us to produce it from potatoes, sugar beet, corn, sugar cane, and cassava. It's a recipe for local and efficient processes worldwide. Our expectation is that from 2023 onwards we can start building full-scale plants, not only in Europe, but also in the US and Asia.

Considering the abundance of sugar crops, once these are producing at full capacity, protein yield will equal that of millions of cows a year.”

To learn more about The Protein Brewery, visit their website at theproteinbrewery.nl or get in touch with them through the suppliers’ page.

Solar Foods
About 1,500 Km North-east of Breda, in Vantaa, Finland, Solar Foods is building another facility to scale up production of its flagship fermented protein Solein®. The facility, called Factory 01, will also have an Experience Hub where visitors can learn how Solein is made.

Solar Foods was founded in 2017 as a spin-off of VTT Technical Research Centre of Finland and LUT University, achieving rapid growth and developing more than 20 different applications for Solein in just 4 years.

Solein is a complete protein containing all the essential amino acids. It can be used as a structure-forming ingredient in alternative dairy and meat, snacks and beverages, noodles and pasta, or breads and spreads, without affecting taste or nutritional vlaue of the formulations it's added to.

The protein is based on a bioprocess similar to winemaking, where microbes are fed with gases (carbon dioxide, hydrogen, and oxygen) and small amounts of nutrients. Because it doesn't rely on agriculture, photosynthesis, or animals, it can be produced in harsh conditions such as deserts, Arctic areas, or even space.

“Today we’re at a similar crossroads with the food system as we were in the mid-1980s with information and communication technology”, CEO and co-founder Pasi Vainikka explains. “Humanity has seen food revolutions from the days of the first hunter-gatherers all the way to the unsustainable industrial system of today. The fundamentals of food production have, however, always stayed the same. We’re now in the middle of the fourth agricultural revolution that is finally changing those fundamentals. The future of food is here and happening as we speak, and Solein is a part of it.”

Solar Foods estimates that production of Solein® will begin in the first half of 2023.

To learn more about Solar Foods, visit their website at solarfoods.fi or get in touch with them through the suppliers’ page.

« Previous article
Merit Functional Foods’ New
Next article »
Locusts Are Coming. Not as