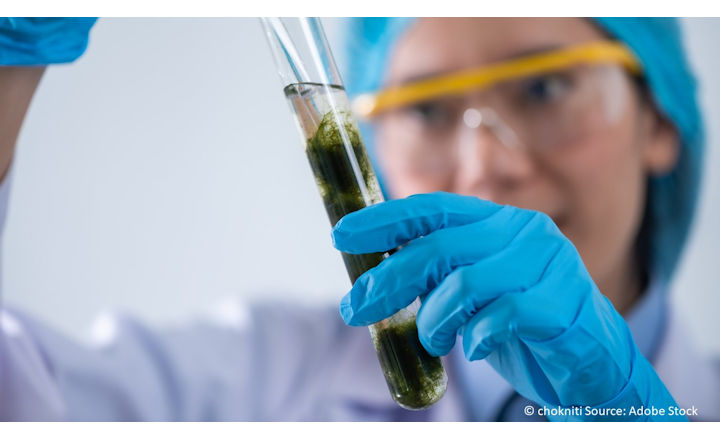 Growing populations require more food and use more cosmetics. But the feedstock, or raw material, used to produce and transport these products requires the use of a substantial amount of fossil fuels, which in turn produce harmful greenhouse gases.

With Europe currently importing nearly 68% of its feedstock, its food, feed, and cosmetic industries have a significant carbon toll.

As the EU looks to reduce its carbon footprint, it must develop its own sustainable, bio-based feedstock options. One such option is the use of aquatic-based feedstock, such as algae.

However, this first requires the optimization of technologies and processes – which is where the BBI JU-funded BIOSEA project comes in.

Led by Spain’s Textile Research Institute (AITEX), the BIOSEA project aimed to find a viable solution for producing the ingredients used by the food, feed, and cosmetic industries.

'Our goal was to demonstrate a complete and sustainable process for converting algal biomass into useable feedstock,' says Simona Moldovan, international project manager at AITEX and BIOSEA project coordinator.

According to Moldovan, algae feedstock has been proven to be a sustainable alternative to the conventional sources used in industrial production processes.

As a result, the BIOSEA project focused its efforts on optimizing innovative methods for cultivating both microalgae (via photobioreactors) and macroalgae, or seaweed (via open sea farms, open ponds, and modular photobioreactors).

For example, project researchers demonstrated how to use closed photobioreactors to cultivate microalgae and how to cultivate green macroalgae in open ponds using cages.

Both methods proved to increase ingredient yields. 'Because these methods can all be done in Europe, they eliminate the need to import feedstock,' explains Moldovan.

Using these methods, researchers developed and demonstrated a range of replacement ingredients for food, feed, and cosmetic products.

BIOSEA researchers also developed and upscaled a zero-waste extraction protocol tailored to each algae type. 'Our aim was to extract useful products on a cascading basis, so each refining stage produces new, useful products and doesn’t discard any waste,' adds Moldovan.

The first seed is planted

The BIOSEA project succeeded in being a key initiative to validate a sustainable feedstock for the European bio-based industry. By demonstrating the use of algae biomass – from cultivation to final use – the project has increased awareness and acceptance among potential consumers.

'We not only demonstrated that a sustainable industry is possible, we also showed that collaboration between industry and research can lead to successful results,' concludes Moldovan. 'Now that the first seed has been planted, it’s time to further develop our methods as we work towards creating a true, bio-based blue economy in Europe.'