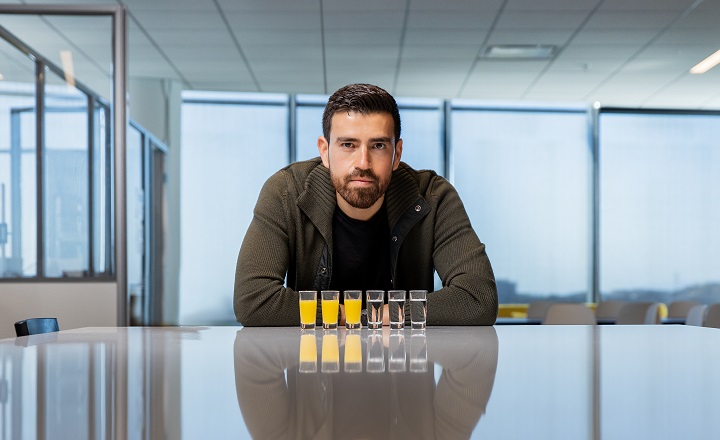 The rebranding wave in the food-tech world doesn’t seem to stop. After Formo, ENOUGH, and Melt&Marble, Clara foods has announced it will be called The EVERY Company from now on.

EVERY uses precision fermentation to produce animal-free pepsin (a component of rennet, used to curdle milk) and egg whites. As consumers, we think of egg whites as the less tasty part of eggs, but in the food industry they are used as emulsifiers, as well as a gelling and foaming agents.

“Our new branding, EVERY, conveys our vision to fundamentally transform the food system for the 21st century so that every human, everywhere can enjoy the food they know and love without harming our planet or animals in the process,” says CEO and founder Arturo Elizondo.

As of now, EVERY only has two types of egg whites: EVERY ClearEgg™ for high protein drinks and EVERY Egg White, for bakery, pasta, confectionery and other types of solid food. The objective, however, is to broaden its portfolio adding more functionalities for foodservice and consumer packaged goods applications.

Both products have a more neutral sensory profile than any plant- or animal-based protein on the market. They are a nearly tasteless protein boost to hot and cold beverages, acidic juices, energy drinks, carbonated and clear beverages, snacks and nutrition bars.

Proteins produced by EVERY will support label claims including kosher, halal and animal-free. “In launching EVERY ClearEgg, we have surpassed what is possible with plants and animals, to create a ground-breaking new protein that offers brands culinary functionality and versatility they’ve never seen before,” says Elizondo.

Production and commercialisation of EVERY’s products will be helped by two important partnerships. One with Fortune 500 ingredient company Ingredion, to distribute its products globally, and the other one with probiotics company BioBrew to scale up production.

EVERY’s first egg protein will be launching as a co-branded ingredient with its first retail customer later this year.

“We are excited by the potential of EVERY ClearEgg, which enables growth and innovation in new markets within the food and beverage categories,” said Michael Natale, Global Plant Based Proteins Platform Leader of Ingredion.

If you want to know more about EVERY, visit their website theeverycompany.com or use the button below to get in touch with them directly.