The EU Banned the Use of Dairy Terms With Plant-Based Products. The Industry Is Fighting Back 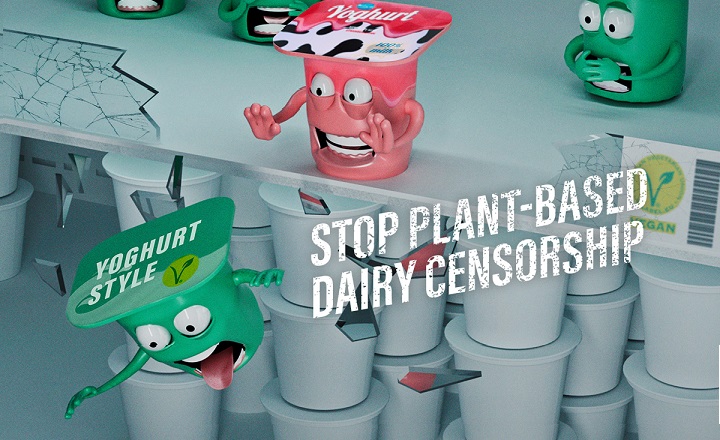 In October 2020, the plant-based industry celebrated the rejection of Amendment 168 by the European Parliament, which would have allowed terms like ‘steak’, ‘sausage’, ‘escalope,’ ‘burger’ and ‘hamburger’ to be used only with animal meat products. If approved, the amendment would have banned plant-based manufacturers from using 'vegetarian burger' or 'plant based sausage' on the packaging.

In the same session, however, MEPs approved Amendment 117, which bans terms like ‘vegan cheese,’ ‘butter-style,’ ‘yogurt-style’ and ‘cheese-style’ for dairy-free products. This further restriction came after a 2017 European Court of Justice that reserved the use of terms like ‘milk’, ‘butter,’ ‘cheese’ and ‘yogurt’ for milk products only.

As a result, calling a beverage made with almonds 'almond milk' will be forbidden. It may be called 'almond drink,' but in its most restrictive interpretation, the simple 'lactose-free' indication might be against European Law, as 'lactose' is related to dairy.

The intention is to avoid confusing consumers who, this is what European lawmakers seem to think, might purchase a carton of 'almond milk' thinking that it’s actually cow milk. At the same time, however, vegetarian burgers can still be named as such. Apparently, there would be no possibility of confusion in that case.

This blatant contraditcion from MEPs didn't go down well with the plant-based industry. So much so that Oatly, Upfield ProVeg International, and other plant-based players, including Compassion in World Farming (CIWF), launched an online petition to stop the adoption of the Amendment and what they call ‘Plant-based dairy censorship.’

Introducing the petition on its website, Oatly didn't mince any words: "Are you stupid? The milk lobby thinks you are." “Dairy terms are already protected by law,” the petition page says, “Amendment 171 would go further, and censor all use of dairy-related language, packaging, or imagery for plant-based foods.”