Raising the Bar of Plant-Based Meat With Whole-Cut Products 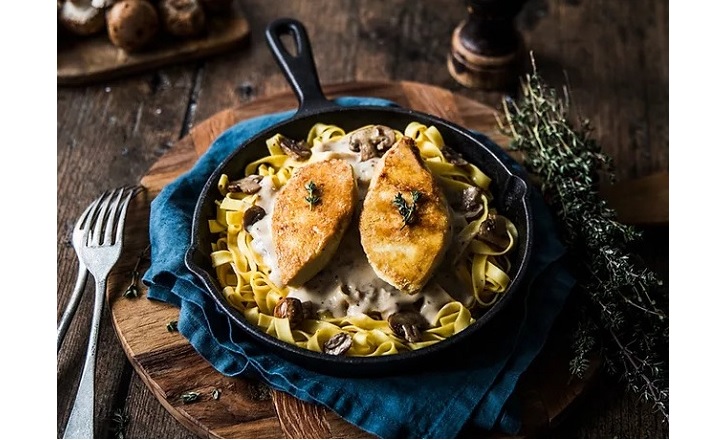 Above Food and Umiami announce a partnership on the research and development of new plant-based food products that mimic texture and taste of whole-cut animal proteins, such as chicken and fish.

Canadian Above Food is a vertically integrated company that sources its plant-based ingredients directly from growers and produces both consumers products and ingredients for food manufacturers. The company operates the largest organic-certified terminal in Canada and the fifth largest ingredient terminal.

“The mainstream production techniques for plant-based meats have had significant limitations on size and texture, until now,“ said Above Food President and Co-Founder Martin Williams. “Umiami has cracked the code, meaning it can create a thick, fibrous whole cut of meat, beyond the typical patties, sausages and bite-size portions consumers are accustomed to right now.”

Umiami’s commitment to the health of people, the planet, and animal welfare are aligned with Above Food’s ethos, which emphasises transparency of its supply chain to ensure delicious, densely nutritious, and sustainably grown plant-based ingredients and foods.

“Above Food’s world class expertise and seed-to-fork platform will allow us to expand beyond soy into other highly functional plant proteins,” noted Umiami Co-founder, Martin Habfast. “We very much look forward to working with them, combining their knowledge of protein functionality with our proprietary texturization process, while also expanding our North American network.”

This partnership comes at a time of significant momentum for both organizations. Above Food recently announced the addition of Loma Linda, Tuno, and Neat to its portfolio of CPG brands last year. Demonstrating similar momentum, 2021 saw Umiami raise 4M€ in capital, gaining international recognition for its advanced texturization technology.

To learn more about Above Food and Umiami, visit their websites: