6 Plant Based Food and Beverage Trends for 2021 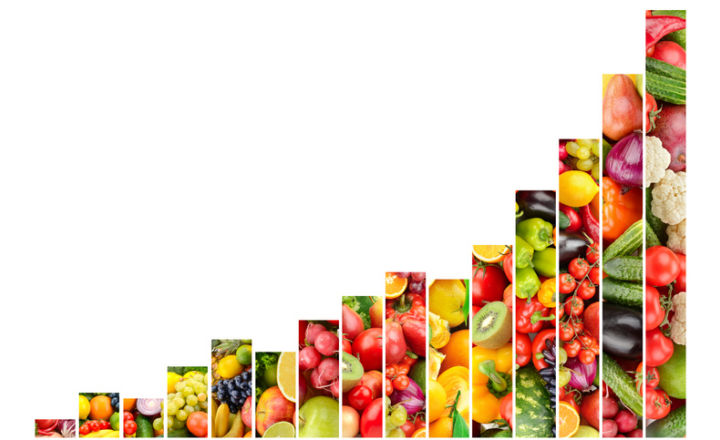 In this insightful analysis we hear from Tasting the Future's, Founder and Director, Mark Driscoll.

Mark explores the six trends he believes will drive plant based food and drink innovation in the global marketplace in 2021.

The Covid-19 pandemic has increased awareness around the link between food, health, food security and sustainability leading to a surge in demand for plant-based products. Today we really are witness to a plant-based foods revolution. Over the next year the market for plant-based food and drink will continue to grow, driven by consumer and investor pressure driven by rising concerns over the impact of our food choices on our health, sustainability, and animal welfare. Health, provenance, immune resilience, animal welfare and sustainability concerns will prove to be key selling points. Plant based ingredients will continue to take centre stage over the next few years.

Plant based growth set to continue

Plant-based foods have skyrocketed in popularity over the last couple of years with the numbers of vegans, vegetarians, and flexitarians (those wanting to increase their intake of plant-based meals without completely eliminating meat) increasing rapidly since 2016. Forecast growth of plant-based protein and meat alternatives is projected to increase reach $480.43 billion by 2024 by investment firm UBS. This presents huge opportunities for those businesses investing in plant-based and sustainable alternatives. The flexitarian market offers the most significant market opportunity – 70% of the UK population still call themselves meat eaters, although now over 30 percent of these now identify themselves as ‘flexitarians.’

Over the last few years, it has been the rapidly growing start-ups such as Beyond Meat and Impossible Foods, that have dominated the relatively new market for plant-based foods that replicate the looks, tastes and textures of meat. But with plant-based burgers, sausages and chicken increasingly popular and available in fast-food restaurants and retail stores, across the UK ,US, and Asia, a plethora of new companies, with the backing of millions of investment dollars, will start giving some of the more established brands, a run for their money. These include brands such as is Hooray Foods, which has recently launched its plant-based bacon, and THIS and Heura with their plant-based chicken alternatives. In addition a plethora of food retailers are muscling in on the plant-based foods market with the likes of Tesco’s setting a 300% target for plant-based alternatives to meat over the next 5 years.

1. High Protein Leguminous Crops – Legumes are valued worldwide as a sustainable and inexpensive meat alternative and are considered one of the most important food sources of plant-based proteins and micro-nutrients. Legumes are nutritionally valuable, providing proteins (20–45%) with essential amino acids, complex carbohydrates (approx. 60%) and dietary fibre (5–30%). In addition, their ability to fix nitrogen and improve soil health, offers a significant opportunity to improve both human and planetary health whilst contributing to food security, particularly within low- and middle-income countries.

a) Chickpeas – Often referred to as "new cauliflower" they are high in fibre and protein and are a good source of iron, phosphorus, and folic acid. The UK’s first commercial crop of chickpeas was harvested in Norfolk in August 2020 and yielded 20 tonnes- these chickpeas were destined the Suffolk-based pulse specialist Hodmedods. Expect to see chickpeas  cropping up in products like flour, tofu and cereals. Aquafaba (the water that canned chickpeas are stored and soaked in) is now being increasingly used as a milk/egg replacer.

b) Lentils/yellow split peas – lentils, peas and beans are seeing something of a revival as a result in the shift to clean eating and veganism. Yellow pea, wheat gluten and soy remain prominent choices, but fava bean, mung, and lupin are emerging as popular alternatives.

c) Groundnuts– It is an African legume that is favoured for food security in sub-Saharan Africa and prized for its drought tolerance.

d) Millets – A small-seeded nutrient-rich cereal grains which have been cultivated since the dawn of agriculture. It is drought tolerant and can be grown on marginal lands in African and Asian countries. They are particularly adept at growing in semi-arid regions and are draught resistant. They are also high in amino acids and other essential micronutrients.

2. Immune System Boosting Plant Ingredients and Diets – There are signs that citizens are increasingly making the link between gut and immune health with an increase in the purchase of probiotics for example. Recent research by MMR found that immunity was the top health concern for people in China and South Africa. There is  a large body of evidence highlighting that diets based on more plants, including vegetables, nuts, and wholegrains, combined with lifestyle choices, can have an anti-inflammatory effect and can boost immunity. Ingredients that claim to support sleep and mental wellness also seem to be gaining more traction in recent months.

4. Renewed Focus on Taste and Texture – Taste and texture will remain key priorities for plant-based product developers over the next few years. Although dramatic improvements have been made, much more remains to be done. Taste and texture remain significant technological and customer acceptability barriers to more plant-based eating, particularly when tapping into the flexitarian market.  Further innovation in both meat and dairy substitutes is the key to growth in this market. Technological advances will continue to enable plant-based alternatives, such as soy, peas, and nuts, to taste somewhat like meat or dairy-based products (for example the use of extrusion technologies). Some researchers are focused on developing new manufacturing technologies to bio mimic animal meat whilst others are identifying new ways to mix plant ingredients to create a fibrous texture.

5. Plant-based Meals at Home – In the context of the ongoing Covid-19 pandemic and ongoing impact that has had of the food service sector, expect to see more options for those who want to enjoy their favourite restaurant- plant-based foods from the comfort of the home. Plant based recipe boxes, delivery companies and those specialising in plant-based meal kits could do well.  Companies such as AllPlants are tapping into the plant-based delivery market and others are in the process of being launched over the coming months.

6. Novel Plant Based Foods – Plant-based fermented foods, cheeses, fish, chicken, and milks are some of those plant-based ingredients that will gain increasing traction and market share.

a) Fermented Foods – Fermented foods are foods and beverages that have undergone controlled microbial growth and fermentation – products include tempeh, miso, kimchi, and sauerkraut which are also showing signs of market growth. They also include algae which offer an excellent source of protein, which opens a lot of opportunities in the production of meat analogues. Microbial fermentation has been used for many years to produce ingredients such as enzymes where microorganisms transform one type of food to another and in the pharmacy industry to produce vaccines and drugs. This technology is now being applied to produce a new generation of proteins, fats and other functional ingredients that enable the creation of animal-free foods. Companies such as Perfect Day Foods are making proteins such as whey using this technology and I expect other companies to launch plenty of other fermentation based products over the next 12 months

c) Dairy and Soya Milk Alternatives – Oat milk sales are likely to continue to rise rapidly and outstrip growth of other plant-based milks throughout 2021. There has been some backlash over soya in recent months as a result of an unjustified association between soya and deforestation in the Amazon (most soya from South America goes to animal feed and soya sourced for human consumption tends to be sourced from North America, Europe or Asia). This perceived association is likely to dampen demand for soya milks and impact on other soya-based foods.

d) Plant-based fish – This is perhaps the newest frontier of plant-based innovation. More plant-based fish products, particularly replicating fish species such as tuna and salmon will appear on our supermarket shelves and within food service over the next 12 months. Watch out for companies such as Hooked and Good Catch,  just two of dozens of companies seeking to launch new seafood products on the market. Others to watch are Vuna, a brand launched by Nestle which is producing is tapping into the plant-based Tuna market creating a product’ the rich flavour and flaky texture of tuna.

e) Plant-based chicken – Plant based chicken is a trend which will see accelerated growth into 2021. There is increasing attention on the sustainability impacts of chicken which will be a key driver for this trend – see my recent blog "From Jungle Fowl to Jungle Fowl: Chicken Sustainability" Whilst plant based chicken may have been slower to enter markets than beef we are starting to see brands such as KFC enter the plant based market with the launch of their "beyond fried chicken" range. Up and coming brands to watch out for in the coming months include Gardein, Torfurky and Alpha Foods plant based nugget.

To find out more use the green "Request Information" button below 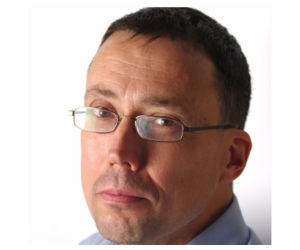