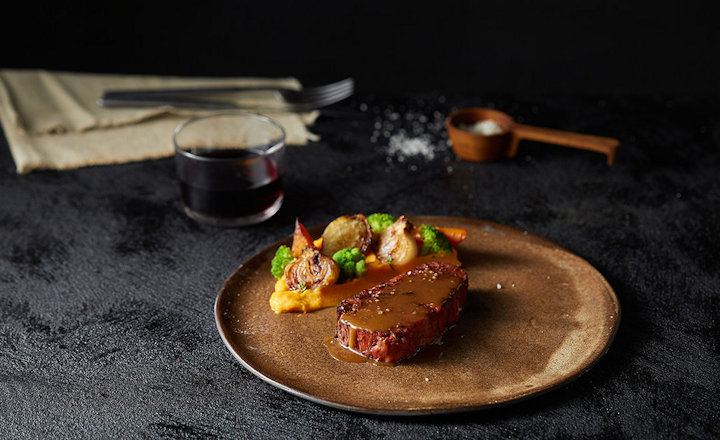 Redefine Meat™, a producer of plant-based 3D-printed meat announced the launch of the first ever category of plant-based whole cuts that achieve a level of product quality comparable to high-quality animal protein.

As it often happens with brand new meat alternatives, the products won’t be immediately available in grocery stores. The company partnered with selected restaurants in the UK, Germany, the Netherlands and Israel, to add Redefine Meat products to their menus.

The line of whole cuts, called New-Meat™, include beef and lamb cuts, as well as premium-quality burgers, sausages, lamb kebabs, and ground beef.

Redefine Meat has gone beyond today's plant-based meat offerings with its eyes firmly set on meat lovers, to tackle the two main barriers to its mainstream adoption: product quality and variety.

This launch adds more variety to plant-based meat alternatives and reflects Redefine Meat's goal to become the world's largest meat company by offering every single cut that a cow does.

Eshchar Ben-Shitrit, CEO and Co-Founder of Redefine Meat said: "Over the past few weeks at COP26, we've seen world leaders commit to landmark goals such as the elimination of all deforestation by 2030, which requires a significant reduction in global meat consumption. Redefine Meat has its eyes set on the real problem – not meat, but the way it's produced. We have a genuine solution that today, not in 2030, preserves all the culinary aspects of meat we know and love, but eliminates cattle as a means of production.”

"We've achieved a level of superiority in taste and texture that surprised even some of the most recognized chefs in the world. By continuing our close collaboration with the top-tier culinary world,” added Ben-Shitrit.

British chef and restaurateur Marco Pierre White said: “It's genius. It's the cleverest thing I've seen in 45 years I've been a cook. When you work with it, when you cook with it, you see its beauty.”

By working closely with global meat experts to understand the complexity of animal muscle structure, Redefine Meat was able to recreate the juiciness and firm bite or animal meat using simple and known ingredients such as soy, pea, chieckpeas, beetroot and coconut fat.

The New-Meat range has already been adopted by about 150 restaurants in Israel. After this successful introduction, Redefine Meat is planning to keep working with chefs and roll out its products in Europe, the USA and Asia.

For more information, please visit redefinemeat.com or send them a message using the button below.